Apache Tomcat web servers are widely used for deploying Java-based web applications. Apache JServ Protocol (AJP) is used for communication between Tomcat and Apache web server. This protocol is binary and is enabled by default. Anytime the web server is started, AJP protocol is started on port 8009. It is primarily used as a reverse proxy to communicate with application servers.

The most common way to identify whether the protocol is indeed enabled is to first locate the web server’s conf/ directory. Look for the server.xml configuration file that specifies all the default protocols and the document root directory configuration. As you would learn through reading server.xml, connector port 8009 is not commented and is explicitly enabled by default.

The Apache Tomcat AJP File Inclusion vulnerability (CVE-2020-1938) is exploitable only if port 8009 is exposed and AJP is installed.

Affected Apache Tomcat versions will get reported under the Qualys WAS detection (see details of the detection below). 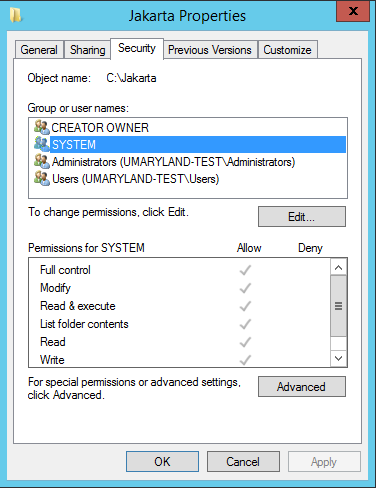 With this vulnerability, an attacker can easily gain access to configuration files if the protocol is publicly available. If arbitrary file upload is not disabled, it is then possible for the attacker to upload malicious code to the web server that enables remote code execution.

Below is a report of the exploit:

You can read any webapps files or include a file to RCE .JUST A POC-GIF with no DETAILS

Enable QID 150282 in your Qualys WAS option profiles to identify if you are running a vulnerable version of Apache Tomcat. The WAS scan will report QID 150282 as a potential vulnerability. To keep it simple, our scan will not attempt to actively determine the vulnerability by uploading an arbitrary file. We take into consideration that AJP is a binary version of HTTP and could not be requested over HTTP, hence the detection of the vulnerable server is determined based on the presence of Tomcat version and the fact that it is shipped with default configurations.

The vulnerability becomes more critical when the application allows file uploads. This will lead to the possibility of Remote Code Execution, allowing attacker to take complete take over of the web server. This requires immediate attention if you are using AJP and a vulnerable version of Apache Tomcat.

Disable port 8009 by commenting out (or deleting) the block of code that enables this vulnerability.

RequiredSecret Attribute
Regardless of whether you disable AJP, we also recommend to define the strong secret key attribute requiredSecret in server.xml, which sets AJP protocol authentication credentials and ensures that only requests from authenticated workers will be honored. In this case, Tomcat will instantiate the AJP connector only when this attribute is specified with non-null and non-zero values. Note Tomcat documentation clearly states the default value for the attribute is null.

Upgrade Tomcat
It is recommended to upgrade to patched versions of Apache Tomcat Web Servers:

How To Configure Tomcat to work with Apache

How to Connect Tomcat 6 to Apache HTTP Server 2

Tomcat can be run as a standalone server. Tomcat can also be run as an add-on to the Apache HTTP Server (or Microsoft IIS) - as the Java servlet/JSP container. In this combination, Tomcat executes the Java servlets and JSPs, the Apache serves the static HTML pages and performs other server-side functions such as CGI, PHP, SSI, etc. Read 'Why should I integrate Apache with Tomcat? (or not)' at Tomcat FAQ (http://wiki.apache.org/tomcat/FAQ/Connectors#Q3).

To configure Tomcat to work with Apache HTTP Server, you should first read the documentation provided in Tomcat thoroughly, and read the 'Tomcat Connector' documents @ http://tomcat.apache.org/connectors-doc.

To run Tomcat together with Apache:

Step 0.2: Install Tomcat - Refer to 'Tomcat - How To'. I shall assume that Tomcat is installed in directory 'd:myprojecttomcat', runs on port 8080. Tomcat's shall contains two web contexts: '/examples' (Tomcat's servlets and JSP examples) and '/ws' (to be created by you). I shall denote Tomcat's installed directory as $CATALINA_HOME (Catalina is the code name for Tomcat 5 and above).

Rename the downloaded module to 'mod_jk.so' and move into directory 'd:myprojectapachemodules'.

Step 2: Configure Apache - We need to configure the Apache HTTP Server to load and initialize the JK module.

Create a configuration file called 'mod_jk.conf' as follows and place it in 'd:myprojecttomcatconf':

For each web context that is to be forwarded from Apache to Tomcat, include two JKMount statements as shown. In the above configuration, Apache forwards all requests to web contexts '/examples' and '/ws' to Tomcat, via a 'worker' called 'ajp13'. (Check the URL of the Tomcat's servlet and JSP examples from the Tomcat's welcome page! It may move!)

Include the above configuration directives into the Apache's configuration by adding the following include statement at the end of 'd:myprojectapacheconfhttpd.conf':

Note: The JKMount statements forward the requests to a worker called 'ajp13', which is defined in this 'workers.properties'.

Step 3: Configure Tomcat - The default configuration in Tomcat's 'confserver.xml' starts the AJP1.3 service via the following configuration, on TCP port 8009 (remove the comments if these lines are commented out).

Step 4: Start the Apache with the JK module

Check the Apache's log 'logserrors.log' to confirm that JK module was started:

Observe that AJP1.3 service is initiated and the ajp13Ppsspp. worker is listening at port 8009.

The order of starting up Tomcat and Apache is NOT important. Either apache or tomcat can be restarted at any time.

Step 6: Verify the Installation - Issue the following URLs to access the web contexts '/examples' and '/ws', that are defined in Tomcat (running in port 8080), but accessed via the Apache (running in port 7000).