Here are a few scores that I’ve transcribed for the flute using the tablature devised by R Carlos Nakai. They are in the uguna flutes soing book. Clicking on the title – or the equivalent if you’re using Windows – should download a PDF-format file to your download area. The scores are protected by copyright in this form.

Please remember that these songs have great spiritual significance; they should be played respectfully and with full acknowledgement of their origin.

White Buffalo Maiden Song
The Lakota have a legend describing how White Buffalo Maiden – Ptesan-wi - came to them to give the Sacred Pipe and to pass on knowledge about how the People – and particularly the women and girls – should conduct themselves, and to instruct them in how to live in harmony with the Buffalo people. This song celebrates her visit, her gift of the Sacred Pipe, and her wisdom.

Song of the Pretended Search
A very important rite associated with the White Buffalo Maiden was the Alo’wanpi – ‘he sings for another’ - ceremony, in which a girl, wrapped in a white buffalo-skin robe, was adopted by a second father. The Lakota culture places enormous significance on parenthood and its responsibilities and the adoptive father – or itan’can - started his guardianship by pretending to search for the girl’s dwelling. He and his attendants looked through the village, singing this song with the words, ‘Eca tukte tipi so’ – I wonder where her dwelling is – and found the girl’s family tipi at the fourth attempt.

Ceremonial Song
The ceremony was completed by the itan’can presenting his adoptive daughter - hun’ka - to the six sacred directions – the sky above, the earth below, and then west, north, east and south. The final phrase in this tune echoes that in the Song of the Pretended Search.

Those Hills I Trod Upon
This is a traditional Teton Lakota song, one of those collected by Frances Densmore early in the twentieth century. For anyone who has one of my CDs with scores on, this is a corrected version of the mess I made first time round.

This section of pages make up the Flutopedia Song Book. Most of these songs are scored using Nakai Tablature with Finger diagrams.

The songs of a people furnish an entranceto their inner life, which, if we would understandthem, we cannot neglect. This isespeciaI1y true of a barbarous people, whoseoutward life is rough and forbidding. It isnot enough for us·to note their uncouth dressand rude ways. Such curiosity-shop knowledgeis neither complete nor just, because itis not sympathetic; being content with observing the life of habit, it does not reachthe real life, the life of feeling.
Taking the truer method, we find the Dakotas to be menand women of like passions with ourselves.And they in like manner find in music andsong their greatest means of emotional expression;either in the stirring songs of thechase or of war, or the p1aintive melodiesof love, or the weird chants of their sacred mysteries.
— Stephen Return Riggs [Riggs 1869]

Aside from its scientific value, this music possesses a charm of spontaneity that cannot fail to please those who would come near to nature and enjoy the expression of emotion untrammelled by the intellectual control of schools. These songs are like the wild flowers that have not yet come under the transforming hand of the gardener.
— Alice C. Fletcher [Fletcher 1900] 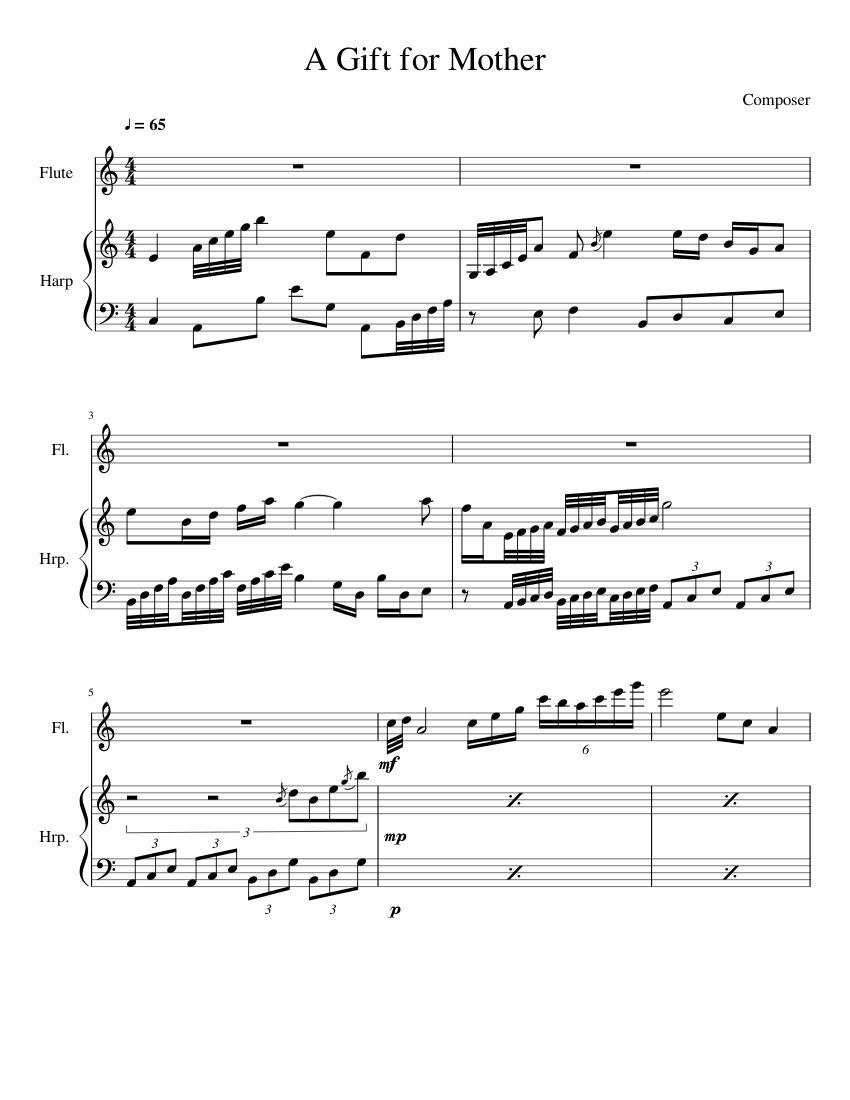 There are many books of transcribed music, as well as web sites that provide sheet music – far more music than is in the Flutopedia Song Book:

It's not my goal to replace these resources or duplicate their efforts. My direction is to connect the songs with their history and stories.

So, browse through these songs (you can use the buttons on the top-right to go through the songs alphabetically) and check out some of the stories and songs. (Of course, some are still under development.)

Alternately, here are the songs loosely grouped by rough categories:

These songs have a history that pre-dates the written history of Western andNorth American indigenous cultures.They are included in Flutopedia because I have found them to be interesting from the perspectiveof the historical development of human musicality.

These melodies are directly from or (as best I know based on documented evidence) are stronglyrooted in traditional Native American melodies. These songs include some songs from the Indianistmovement that have traditional roots.

I consider these songs to be part of the Indianist Movement. Some have roots in traditional NativeAmerican melodies and were harmonized or heavily modified by the arranger, and some areoriginal, non-traditional melodies developed by the composer.

In this category, you can also check out the transcriptions and comopositions by Thurlow Lieurance that are available in PDF format ([Lieurance 1913a]).

These songs have roots in traditional American folk, country, or rhythm and blues.

These songs are folk melodies from world cultures:

These songs were composed (relatively) recently: