Friday the 13th: The Game will strive to give every single player the tools to survive, escape or even try to take down the man who cannot be killed. Each and every gameplay session will give you an entirely new chance to prove if you have what it takes not only to survive, but to best the most prolific killer in cinema history, a slasher with. Friday the 13th: The Game is a third-person horror, survival game where players take on the role of a teen counselor, or for the first time ever, Jason Voorhees. You and six other unlucky souls will do everything possible to escape and survive while the most well-known killer in the world tracks you down and brutally slaughters you.

Friday the 13th: The Game is a game that was created and developed by IllFonic.It was published by Gun Media.It has been released on Xbox One, Steam (Windows), and Playstation 4. Friday the 13th The Game will strive to give every single player the tools to survive, escape or even try to take down the man who cannot be killed. Each and every gameplay session will give you an entirely new chance to prove if you have what it takes not only to survive, but to best the most prolific killer in cinema history, a slasher with more kills than any of his rivals Meanwhile, Jason.

Put your survival skills to the test

Escape and try to survive Jason’s attacks, and help out your fellow teen survivors.

A game of survival and strategy

Play through the scene of the Friday the 13th Movie and stay alive as you escape from Camp Crystal Lake.

Fight your way through the nightmare world in this Friday the 13th game. You'll need to use strategy and survival skills to make it to the end.

You can play with up to eight of your friends in multiplayer mode. The game picks one of the players to be Jason at random, and the others are teenagers being hunted down by him. Jason has supernatural abilities, and these grow as you keep playing. You can unlock cool features and abilities the more you play.

To survive, you'll have to choose an escape route and plan your way out. You can leave by car, boat, or with help from the cops. You'll need to find items around the map to aid your escape. While you search for those objects, you have to fend off Jason’s attacks and try to help your fellow survivors if they’re in trouble.

Challenge yourself by sticking the night out and trying to survive based on your wits. Find weapons and use the controls to fight Jason. This option is harder and, naturally, you can expect to lose a few times before you get it right. For experts of the survivor genre, it’s a great feature that makes gameplay more interesting.

If you’ve played as a camp counselor multiple times in a row, it can feel repetitive. Finding items or just trying to survive can be a little boring if you’ve been through the game many times. There is also no option to choose to play as Jason. This title automatically picks someone to be the famed murderer, which can be frustrating if you would rather choose. The kills are also pretty gory, as one could imagine. Jason can throw you headfirst into a fire, or if you choose to hide in a sleeping bag, he can grab it and beat you against a tree.

Where can you run this program? 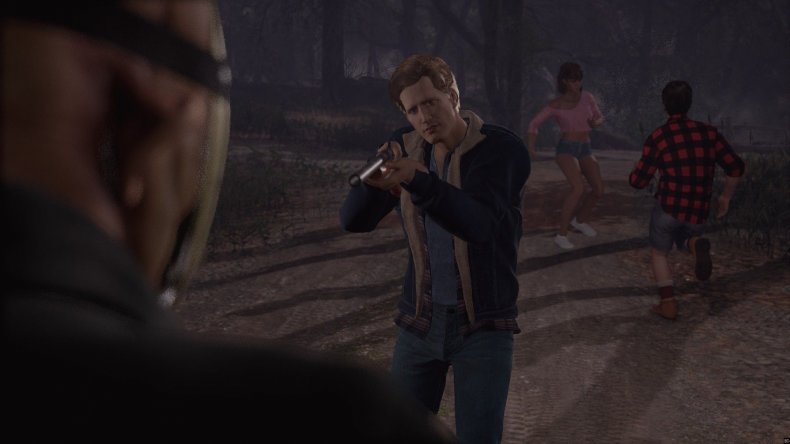 This program is installable on computers using Windows 7 and above.

Is there a better alternative?

Yes. Dead by Daylight is a similar title and offers more gameplay variety.

The 5/3/1 Philosophy The 5/3/1 philosophy is more important than the sets and reps. Whenever I feel like I’m getting sidetracked or want to try something different, I revisit these rules to make sure I’m doing things the right way. Even if you decide this program isn’t for you, these basic tenets have stood the test of time. INTRODUCTION This book is an addition to the original 5/3/1 book and the Beyond 5/3/1 book. 5/3/1 Forever is meant for those that understand the 5/3/1 program and the basics of how the program works. Many changes have happenend since I developed the program in 2008 but the core principles rema in the same. The 5/3/1 Principles: Fuck You, Pay Me Since the original 5/3/1 book and the second edition came out, I’ve been working to improve the 5/3/1 program. The program was originally written for selfish reasons as I wanted a simple and easy program to follow, a program that held true. 5/3/1 forever free pdf. Friday the 13th is an interesting horror game that incorporates key elements of the franchise well. It could do with more gameplay and the option to play Jason.

Yes. If you are looking for a survival game with good graphics and an interesting plot, this is a viable program.

Friday the 13th - The Gamefor Windows