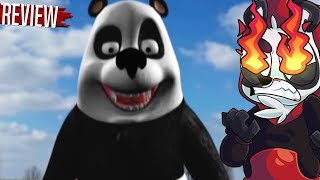 On the 18th of November 2008 the world was cursed with “The Little Panda Fighter“, an animated movie which is so bad that it makes Foodfight look good. Ladies and gentleman I present to you, the trailer to one of the worst animated movies I have ever had the pain of watching.

To begin with the title to this movie is extremely misleading because for one he is not little, he is a fully grown panda. It even states at the start of the trailer that he is a “big clumsy bear”. Also, he isn’t much of a fighter as he only has one fight scene throughout the entire movie, where he inevitably gets wrecked.

The animation is truly lazy, you can tell that the animators put in minimum effort so it could be released around the same time as Dreamworks, “Kung Fu Panda“. If you go onto it’s IMDB page the first thing in its description is literally “Video Brinquedo brings us a cheap rip-off of Kung Fu Panda”. Also, on amazon.co.uk it says (NOT KUNG FU PANDA) in the DVD title. Just comes to show how many people have genuinely been confused by this.

Every single character within the movie talks so fast that my brain barely had enough time to comprehend what they were actually saying. It is obvious that the movie is dubbed and perhaps the voice actors were trying to match the speed of which the characters mouths were opening and closing.

Prepare yourself for an adventure as I take you briefly through this movies horrific plot. The movie is mostly based in the “Bear Bar Box” which is exactly what is says on the tin, it is indeed full of bears, it is also a bar and boxing does take place there. It follows a panda named Pancada who dreams of becoming a professional ballet dancer. The owner of the bar ( Polaris) comes to the conclusion that he is losing customers due to Teddy Thunder winning every boxing match for the past two years. Polaris decides that the only way to get his customers back is to fight Teddy Thunder himself, in disguise. I know what you’re thinking “I thought Pancada was meant to be the fighter” well ladies and gentleman Pancada manages to shrink Polaris’ costume in the washing machine which results in him looking like a panda during the fight. Polaris wins the match but everyone thinks it was Pancada (due to the panda costume) and they start treating him like he is a superstar. Best way to install python on mac.

So much has happened at this stage as we approach the half way point, I did tell you it was going to be an adventure. Anyway, Pancada doesn’t feel as though he deserves the attention so asks Polaris if he can fight Teddy Thunder himself. We are then randomly greeted by a truly magical scene where Pancada does some cringy dance moves in front of some judges and then for no apparent reason ends it by performing a slow motion dive through some double doors into a black empy abyss (which I might add the judges have no reaction to).

We then find ourselves watching an embarrasing training montage which goes on for two minutes and features the same shot of Pancada running again and again. He then goes on to lose the fight and we discover that the owner put a bet on him losing and ends up leaving for antartica and leaves the bar to Pancada who turns it into a dance club. Oh no I’ve ruined the plot for you now you don’t have to go watch it yourself. 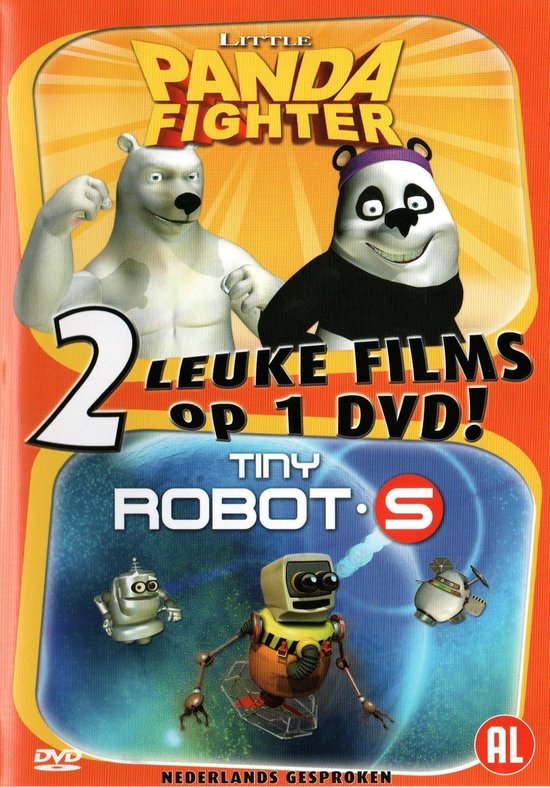 Wait 'til you see the actual animation.
Advertisement:

Ursinho da Pesada, known in English as The Little Panda Fighter, is a 2008 Brazilian Direct to Video film by Vídeo Brinquedo that is, to say the least, 'inspired' by Kung Fu Panda. A panda named Pancada works at a boxing club, but dreams of becoming a professional dancer. His boss, hoping to get back in the ring, fights a bear named Teddy Thunders, but due to an incident with the washing machine, everyone thinks he's Pancada. Now, Pancada is forced to fight in the ring for a battle that could determine the fate of the business.

This film provides examples of:

Danny remarks the absurdity of the female bear in Little Panda Fighter having a human-esque figure.