The purpose of this article and its accompanying video is to educate consumers and retailers on how to spot the differences between real and fake Trijicon MRO and RMR optics. I could start this article with something like 'Imitation is the sincerest form of flattery, and Trijicon must be feeling very flattered…' but in reality, these fake optics hurt Trijicon, they hurt retailers, they hurt consumers, and they even hurt America. Allow me to explain.

Trijicon is hurt, of course, because consumers buy fakes thinking they're getting the real thing, thus taking money away from Trijicon. Those consumers are hurt for an obvious reason – they pay too much for an optic they were told was of a certain quality, when in reality it isn't. Retailers are hurt when unscrupulous people buy real optics, switch them for fakes in the box, then return the fakes for a full refund as cashiers and customer service counter folks often can't tell the difference.

You're probably with me so far, but how about America? How is America hurt by fake optics? Well, as I was discussing the MRO emitter position with a Trijicon manager, an idea suddenly popped into my head. When people buy fake optics, they're rewarding unscrupulous overseas companies and helping them produce better optics. These optic companies could then sell their new and improved products to just about anyone, including countries and organizations that would seek to do America and its people harm. These clone manufacturers are not like the European optics manufacturers that make quality products and compete above board. I try not to get on jingoistic soapboxes any more often than necessary, but I do see a real problem here.

Now, on to the meat and potatoes of the topic. When it comes to both optics- any fake optic, really – you're looking for details.

Starting with the MRO, you need to pay attention to things like the forge lines, the fit of the adjustment mechanisms in the body of the optic, the font used to mark things such as '1 click = ½ MOA' and so on. The fake MRO we use as an example in the video has GENERIC CHINESE INSTRUCTION MANUAL FONT for some of its laser markings, while the real Trijicon optic, needless to say, does not.

The adjustment mechanisms on the real MRO are black and fit perfectly in the body of the optic, both in terms of being level with and parallel to an imaginary line on the surface of the body as well as being perfectly centered within the holes in the body, while the adjustment mechanisms on the fake are silver in color and are not level or centered. The real MRO has a forged housing/body with corresponding forge marks. The fake isn't forged but has what almost appear to be file marks where the forge line would be, meaning they're trying to make it look as if the forge line has actually been removed in some quality control or manufacturing step, but Trijicon always leaves it intact. It's necessary for the fake to have file marks there because it's not actually forged and thus doesn't have that forge line to begin with.

The emitter on the MRO can be seen within the body of the optic at the rear and at approximately the 10:30 or 11 o'clock position as seen from the rear. Fakes can vary – some have it in this spot, but many place the emitter at the bottom of the optic, at the 6 o'clock position, including the one seen in the video.

Oct 30, 2017 From their website 'The Trijicon MRO Manufactured before Serial number 89,000 did have a very slight magnification of 1.05x which is within the range of competitive reflex-style sight. Responding to customer feedback Trijicon adjusted the magnification in MROs with a serial number of 89,000 or higher to have a magnification of 1.00x or no. Trijicon Check Trial Base Business; Trijicon Check Code On ACOG; Trijicon Check Code On ACOG. Press question mark to learn the rest of the keyboard shortcuts Log in sign up User account menu 370 QR code on ACOG decode serial numbers. But today i scanned the QR code on an ACOG and it translated to Number to Letters. Get all of Hollywood.com's best Movies lists, news, and more. Date of Purchase. Place of Purchase. If you would like to reach out and place an order directly with Trijicon, please.

You'll also want to look for details like the embossed MADE IN USA on the left side of the body and the trademark and copyright symbols accompanying the embossed Trijicon MRO on the right side. The fake is missing these marks.

Inside the battery compartment, the fake has a font which almost looks like Comic Sans saying 'Battery CR2032' – the real optic has no such markings. Also inspect the details here. A real optic exudes quality in manufacturing when you pop off the battery cap. A fake will give you little impressions here and there that something just isn't quite right.

Moving on to the Trijicon RMR, we're looking for many of the same things. The position of the adjustment mechanisms in the body and their being tool-less – this fake has allen wrench adjustment screws for windage and elevation – is a dead giveaway. So is the font with adjustment instructions. On this fake, MOA is a smaller font size than the rest of the sentence. The real optic maintains a consistent font and size.

Side by side, the windows of a real RMR are going to be thicker than that of a fake, generally speaking. You'll also want to check serial numbers – often times the fakes all carry the same one, so if you're looking at a big stack of optics at a gun show and they all have the same serial number, back away slowly.

On the underside, the RMR Type 2 has a battery compartment with a cool 'ninja star' design that Trijicon says will be hard to copy for a while. The real RMR (type 1) doesn't have this, but like the MRO, the quality of the manufacturing and assembly work here as well as the font looks top notch, while the fake is devoid of markings beyond a minus sign – note that this is the opposite of the situation inside the battery compartment of the MRO – and generally gives an impression that it's not been assembled by the A Team.

As mentioned above, the most crucial thing is to look for small details that just don't seem right, however minor they may seem at first. It's entirely possible that a fake optic manufacturer could watch this video or read this article and figure out how to make a better fake -but if they could make an optic truly as good as a Trijicon, they wouldn't need to sell counterfeit optics, they could come up with their own design and sell it under their own name.

The only winners in the fake optic game are people you wouldn't want to leave unattended around your children. Learn how to spot their tricks and you'll be better prepared to keep yourself or your business from making a costly mistake. 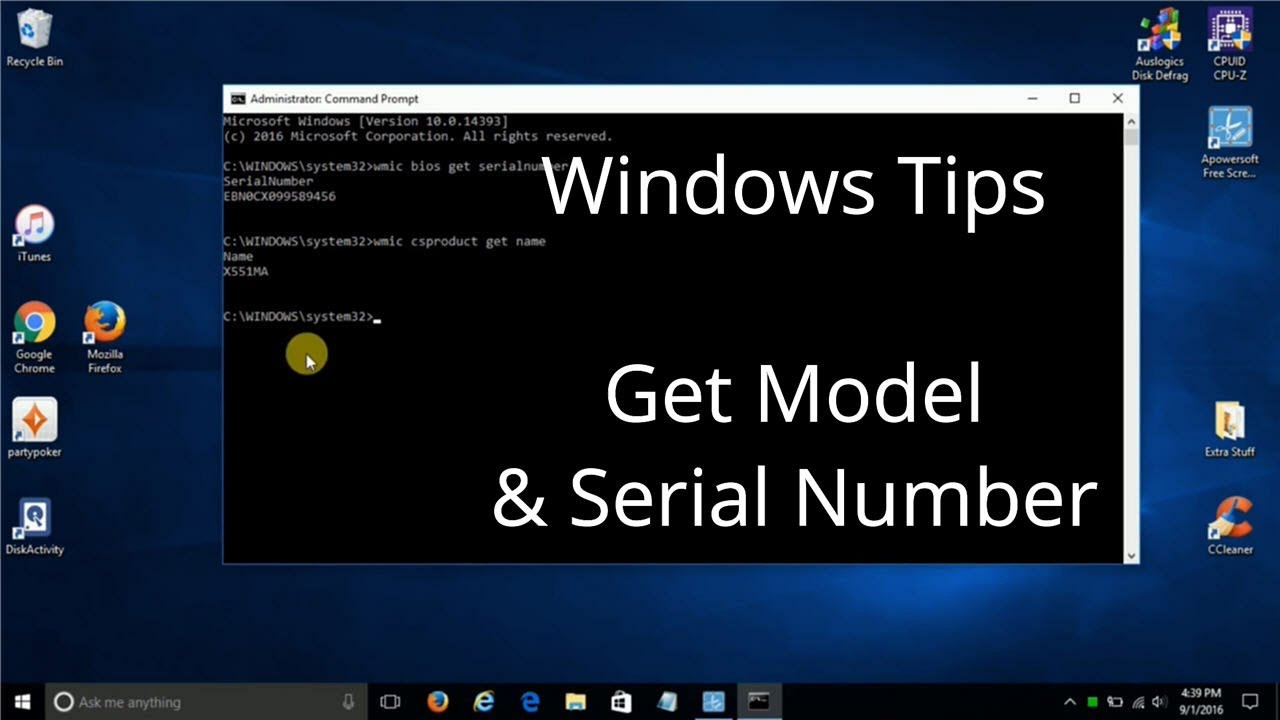 (Redirected from Jesus rifle)
A Trijicon ACOG TA01-NSN referencing the Bible verses from John 8:12: 'When Jesus spoke again to the people, He said, “I am the light of the world. Whoever follows me will never walk in darkness, but will have the light of life.”
Another Trijicon scope marked with 1 John 1:7: 'But if we walk in the light, as He is in the light, we have fellowship with one another, and the blood of Jesus, His Son, purifies us from all sin.'

The Trijicon biblical verses controversy, known by the sobriquetJesus rifles, refers to the stamping of Bible verse references (e.g. Rev21:23) onto optical sights for rifles manufactured by Trijicon, which bear religious inscriptions. Users and purchasers of the equipment—which included the United States Army and Marine Corps and military units around the world—were unaware of the inscriptions. Upon discovery of the practice in 2010, controversy erupted across religious and political spectra regarding inappropriate and sacrilegious aspects.

On 18 January 2010, ABC News reported Trijicon was placing references to verses in the Bible in the serial numbers of sights sold to the United States Armed Forces.[1] (The book chapter:verse cites were appended to the model designation, see photo.) The ABC News story was initiated by Michael L. Weinstein and the Military Religious Freedom Foundation, after being alerted to the practice by multiple sources including active duty military personnel.[2] 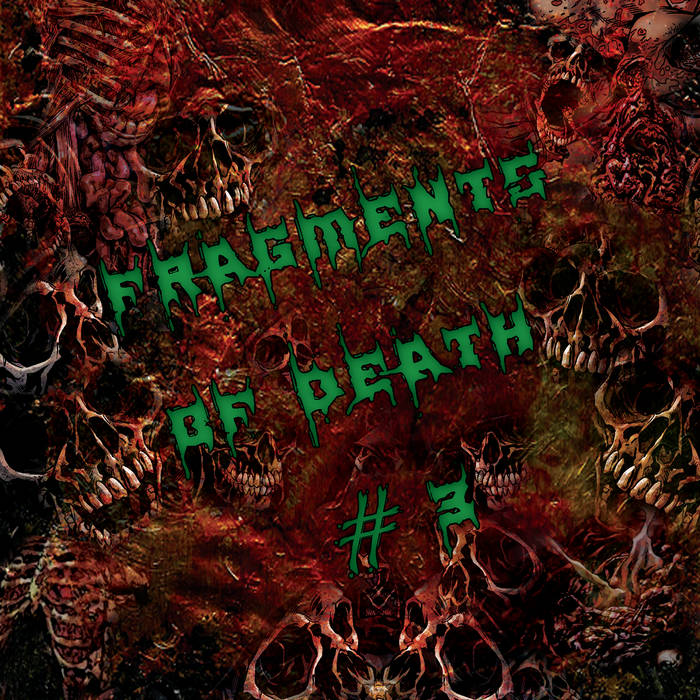 Tom Munson, director of sales and marketing for Trijicon, said the practice of including the references was started in 1981 by the company's founder, devout Christian Glyn Bindon, who died in a 2003 plane crash.[3]

An interfaith organization spoke out against the practice.[4]

A spokesman for United States Central Command, which manages military operations in Iraq and Afghanistan, opined the inscribed sights do not violate the military's self-imposed ban on proselytizing because there is no effort to distribute the equipment beyond the US troops who use them.

'This situation is not unlike the situation with U.S. currency', said the spokesman, Air Force Maj. John Redfield. 'Are we going to stop using money because the bills have 'In God We Trust' on them? As long as the sights meet the combat needs of troops, they'll continue to be used.[5]

On 20 January 2010, the BBC reported that the British Ministry of Defence, which had—when unaware of the issue—recently purchased 480 Trijicon sights for use in Afghanistan, appreciated that the markings could cause offense, and had taken the matter up with the company.[3]

As news of the inscriptions surfaced, further armed forces became aware of the controversial practice. The New Zealand Special Air Service had purchased 260 of the scopes in 2004 and at the time was also unaware of the practice. The New Zealand SAS confirmed it would not stop using the sights as they are considered the best in the world.[6] A New Zealand defence force spokesman was quoted as saying 'We deem them to be inappropriate', and the NZ Prime Minister John Key said the government was not aware of the inscriptions when the equipment was purchased, and 'we are in discussions with the company in the United States who will ensure the inscriptions are removed, and we wouldn't want them on future sights'.[7]

End of practice for government contracts[edit]

On 22 January 2010, Trijicon announced it would stop the practice of engraving Biblical references on products sold to the US Army. It also offered to provide modification kits for the purpose of removing such engravings on sights already produced and sold to the military. In a statement, the company said it was both 'prudent and appropriate' to remove the engravings.[8] Trijicon's consumer products are still engraved with Biblical references in accordance with company tradition.[9]

The Trijicon serial numbers in question were based on verses relating to illumination. The book chapter:verse references are found appended to the model designations.